You may also like
Dismiss
Best Eastern Mediterranean Shore Excursions
Top 10 Ancient & Historic Sites in the Eastern Mediterranean
8 Lessons Learned From Taking the Kids on a Shore Excursion in Rome
5 German UNESCO Sites You Can See During a River Cruise
Guadalquivir River Cruise Tips
History on Cruises: Best Options for History Buffs
New Cruise Itineraries From Every Australian State
10 Best Beaches in Mexico for Cruisers
Shopping in Rome While on a Cruise: 8 Made-in-Italy Souvenirs 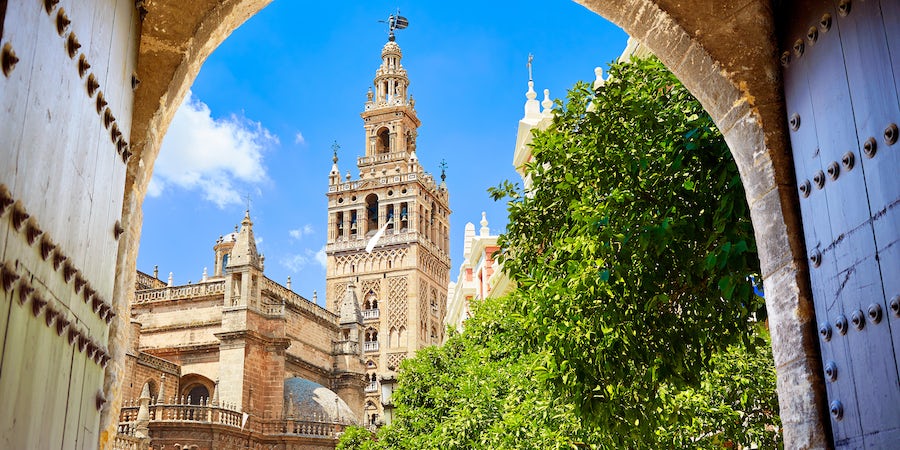 Incorporating Spain, Italy and France, the Western Med has been influenced by cultures from all over the globe -- and each one has left its mark on the region's architecture, food and traditions. Vibrant cities and iconic landmarks are located close to many of the ports, so you'll have scenic surrounds, mouth-watering cuisine and fantastic shopping opportunities a stone's throw away.

Wherever you visit, you're guaranteed to discover something new about your European neighbors. But deciding where to focus your day in port could become an overwhelming task.

To help you pick from the many options available, here are some of our favorite shore excursions in the Western Mediterranean.

Channel Your Inner Gladiator at the Colosseum

If your cruise ship docks at Civitavecchia, you're in for a treat. Rome is home to some of the best-preserved ancient ruins in Europe. And without a doubt, the Colosseum is the most breathtaking.

Before you go in, take a moment to pause on the pavement and absorb the atmosphere. Surrounded by men dressed as gladiators and crowds of tourists, you'll get a sense of the spectacle that both Roman emperors and ordinary citizens enjoyed when heading to a gladiatorial duel.

A Gladiator Gate and Arena excursion gives you a real taste of ancient Roman life, allowing you to see the amphitheater from the combatant's perspective. Nothing will bring the film "Gladiator" to life quite like standing on the spot where warriors fought to the death.

After getting on the ground in the arena, visit the ruins at the top of the Palatine Hill, where you'll also get elevated views of the Colosseum and the Roman Forum. Make sure you have your camera handy.

Marvel at Masterpieces in Tuscany

The Renaissance city of Florence, accessed by docking in the port of Livorno, is overflowing with works of fine art and sculpture. Even if you're not an art aficionado, you'll appreciate seeing some of the world's most acclaimed works while you're here.

The best way to see the highlights is on a shore excursion, especially if it includes skip-the-line passes. Head first to the Accademia to get a glimpse of Michelangelo's "David." As you follow the crowds through the gallery, you can admire a number the artist's unfinished sculptures, before being amazed by the scale and the craftsmanship of the finely polished marble of the main attraction.

After that, head to the Uffizi Gallery, keeping your eyes open for the colorful Santa Maria del Fiore cathedral as you go. With miles and miles of art-filled corridors, it can be easy to miss the works of Botticelli, Caravaggio and Titian in this gallery. An experienced guide will lead you to the most famous pieces and explain their finer points in more detail.

Get a Taste of Local Life in the French Riviera

It goes without saying that French cuisine is some of the best in the world, renowned for its rich, complex flavors. If your ship docks in Monaco -- just 30 minutes from Nice, France -- you need no excuse to make the most of it.

Join a small food tour in Monte Carlo to sample Nissart, the traditional cuisine of Nice. Along the way, you'll learn about the techniques and ingredients favored in the region. Visit local olive oil mills and get a chance to sample its produce, before devouring delicacies including socca (chickpea crepe) and pissaladiere (onion tart), and tasting the local wine.

Although the focus is on food, you'll be surrounded by stunning scenery for the duration of the tour. The highlight is a stop at Fort du Mont Alban, where you'll get spectacular views of the coastline along the Cote D'Azur.

It's hard miss Palma Cathedral (Cathedral of St. Mary of Palma) when you arrive in Mallorca.

Located at the water's edge in the Bay of Palma, the sandstone edifice is taller than most other buildings in the city, so it can be seen from all around. A majestic sight to behold, it has huge buttresses, multiple towers and gargoyles galore. You could spend hours just admiring the exterior.

Le Seu, as it's also known, is one of the largest Catholic cathedrals in Europe. Construction began in 1229 (but was only completed in 1601), so there's a real range of architectural styles to discover, from the Gothic to the Baroque. The stained-glass rose window measures 46 feet across; it's a spectacular example of gothic design and casts beautiful light around the interior

A tour of the city will highlight the most important features of this stunning building. However, if your cruise allows, stick around for a nighttime walking tour of Palma. The cathedral is beautifully lit at night and its reflection ripples across the bay. It's the perfect vacation snap.

Hop on a Bike

Make the most of your time in Cannes by taking a guided e-bike tour.

Enjoy the wind in your hair and the sun on your skin as you cover as much of the city as you can in three hours. Thankfully, because your bike's electric, you can let it do some of the hard work for you -- you are on holiday, after all.

Admire the boats in the old port and cycle the length of Boulevard de la Croisette before heading up into the hills to the tranquil neighborhood of Le Suquet.

This is a world away from the boutiques along the seafront, because Le Suquet is where Cannes was born. Dating back to the 12th century, the Old Town features castle ramparts, beautiful churches and tranquil parks; you'll see a traditional side of a city renowned for being the playground of the rich and famous.

Take a Boat Trip to Portofino

To experience the best that Liguria has to offer, take an excursion that incorporates both Genoa and the surrounding countryside.

A walking tour of the city introduces you to its maritime history, as well as the UNESCO World Heritage Site at its heart. If you have some free time afterward, be sure to sample authentic local pesto -- the basil-based sauce originated in the city.

After a tour of Genoa, take a leisurely coach ride along the stunning coastline to Santa Margherita Ligure, where you'll board a boat to Portofino. You'll approach the former fishing village from the sea, where you'll get the best photo opportunities.

The pastel-colored buildings strike a remarkable contrast to the bright-blue sky, turquoise sea and the backdrop of verdant green mountains and vineyards. It really is picture perfect.

Fought over by the French and Italians throughout history, it's not hard to see why the French island of Corsica is so coveted. Consider a bike tour when you arrive to ensure you see the most important sights.

The sun-drenched port city was the birthplace of Napoleon and, at the heart of the city you can visit Maison Bonaparte, the former family home. The Bonaparte property was owned by the family from 1682 to 1967, when it was donated it to the French government. The small museum looks unassuming from the street, but inside, there's a treasure trove of fascinating items.

Once you've topped up on Napoleonic history, hop back on your bike and head to Foch Square, where you'll find a local craft and food market -- perfect for replenishing calories.

If you do only one thing during your day in Seville, take a shore excursion visiting the Real Alcazar and Seville Cathedral. Pick one with skip-the-queue passes if you're on a tight schedule.

Start at the gothic cathedral and climb to the top of the Giralda Tower for fantastic views over the city. Standing at 320 feet tall, it's the third-tallest bell tower in the world.

Once you've admired the scenery, head to the Real Alcazar. Dating back to the 10th century, the palace began life as a fortress-palace complex. Over the centuries it has been continuously updated, influenced by both Islamic and Christian architectural styles. "Game of Thrones" fans will recognize the palace as the location of Dorne, home to the Martell family.

The splendor of the complex is overwhelming at times. There are vaulted halls and room after room filled with ornate tapestries, antique furniture and skilled tiled work. The elaborately designed gardens won't disappoint either. With water features, such as fountains and pools, alongside topiary and flowers, you'll get to enjoy the Spanish sunshine while you sightsee.

It might not be finished, but Gaudi's masterpiece shouldn't be missed if you're stopping off in Barcelona. It's a cathedral of epic proportions and it's pretty difficult to miss, owing to its size, but book a tour to get the most out of a visit there.

The ambitious construction project began in 1882 and isn't due to be completed until around 2026. Just walking the perimeter of the building could take you hours if you pause to admire the details. When it's complete, it will have 18 spires; the tallest, representing Christ, will reach about 558 feet.

But it's not just the exterior that's intricately detailed. The interior is filled with sculpture and stonemasonry, stained glass and statues. Most excursions allow you to skip the queue (and it can get long), incorporating a visit to the Gaudi Museum in the basement.

Explore the Ruins of Herculaneum

Herculaneum, Pompeii's smaller but arguably better-preserved sibling town, is also less well-known, which means there are often fewer tourists when you arrive.

An excursion from Naples is the best way to see the complex. A tour will take you past the most important discoveries, while explaining their relevance and what life was life in the sixth and seventh centuries.

Head down the main street, stopping off at the Temple of Augustali, the bakery, the gym and the beach, where ancient remains were uncovered in 1997. On the way, you'll see frescoes depicting scenes of everyday life on the walls, intricate mosaics and bathhouses and shops.

It's one of the best-preserved ancient sites in the area -- and it's not all been uncovered yet.