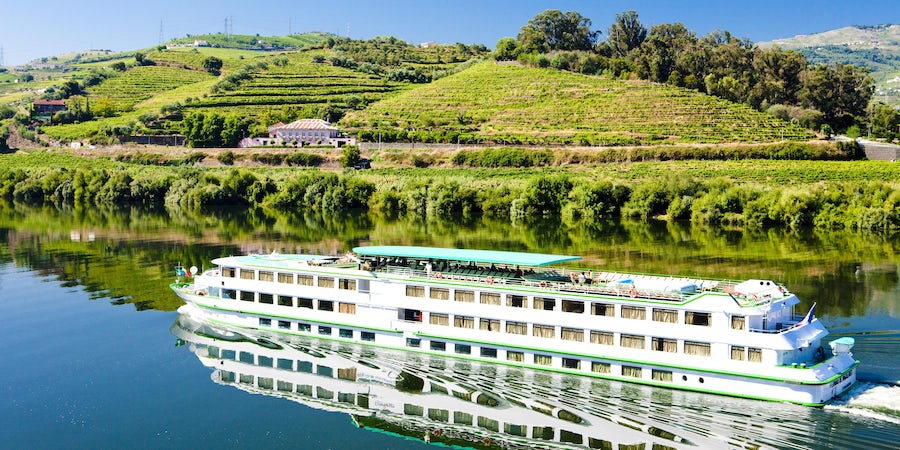 How Wind and Water Levels Could Ruin Your River Cruise

Bad weather can ruin a river cruise just as easily as it can an ocean voyage.

Ocean cruisers already know how bad weather can affect their vacations: Hurricanes can reroute ships and force itinerary changes, high winds can make tendering impossible and fog can prevent ships from returning to their homeports on schedule. But as river cruising grows in popularity, many travelers are just learning how wind, fog and water levels can affect these small-ship, inland sailings and lead to altered itineraries and -- at worst -- canceled sailings.

Now don't get us wrong -- most river cruise vacations run smoothly. When they don't, river cruise lines are often in a unique position to get travelers to the scheduled ports and sights, if in an alternate way. River cruise itineraries cover far less distance than ocean cruises, so it's often possible to reach destinations overland when passage by water is not possible. Your cruise line and ship's crew are prepared with Plan B (and even C and D) when weather events disrupt a sailing.

It's important to understand the possible mishaps that can occur on any vacation so you can be prepared and make smart decisions. Here are some of the most common "Acts of God" -- namely low or high water levels, high winds and dense fog -- that could ruin your river cruise.

River cruise ships are built to strict requirements -- their height is determined by the bridges they must pass under, their width by the locks they must squeeze into and their draft by the depth of the river. However, these measurements are based on average water levels. When excessive rain raises water levels -- or worse, causes flooding -- riverboats might not be able to traverse certain stretches of rivers, either because they no longer can fit under bridges or because flooding makes it unsafe for the ship to moor.

Related: High And Low Water Levels and Weather Issues on a River Cruise: What to Expect

High water is most common in the spring when rain and snow melt raise water levels, though summer flash floods are possible (though short-lived). Typically the highest water levels occur in April (either before itineraries begin or at the very start of the river cruise season), but as snow melt and spring rainstorms vary from year to year, sometimes high waters can affect cruises as late as May or June. High water levels have also been known to crop up in late November and during the month of December as a result of unusually heavy rainfall or snow.

The Danube River and the Rhine between Cologne and Vienna are the most affected by high water levels; the Moselle River is less affected, but low bridges means it doesn't take much to make a stretch of river impassable.

River cruise lines have two options when rivers become impassable. One is to turn the remainder of the cruise into a bus tour, with passengers reaching destinations by bus and overnighting in hotels; alternatively, the ship can run day trips from a central docked location.

The other option is known as a ship swap. In cases where a line has two or more ships running the same river, often in different directions, passengers might disembark one ship be bussed around a high-water stretch and embark a sister ship for the remainder of the sailing. As many riverboats are identical, or nearly so, passengers can usually reclaim the same cabin number on the new ship and not be too inconvenienced. The crew takes care of all luggage, often sending it ahead on separate trucks to ensure it arrives in your stateroom even before you do.

Only in extreme circumstances will river lines cancel cruises outright. When water levels are just a tad too high, the ship's crew will fill ballast tanks to increase the ship's draft -- i.e., make it sit lower in the water -- to clear a bridge that's just inches too low.

If you're concerned about high water levels, it might be wise to avoid spring cruises; if you do book one, consider a line that's experienced in land tours (such as Tauck or Scenic) or a line like Viking that has many ships running the same rivers to facilitate swaps.

High water isn't the only water level to worry about. Low water means there is not enough water in a river to float a ship without grounding it on the river bed. Low water levels are typically due to a drought and are most common at the end of a hot, dry summer, usually around late September/mid-October. The Elbe River, which has a notoriously low volume of water to begin with, is often the most affected by low water levels.

Related: High And Low Water Levels and Weather Issues on a River Cruise: What to Expect

As with high water, river lines will either turn to buses or ship swaps to deal with impassable stretches of river. In instances where the water is just slightly too low, the crew will empty out ballast tanks or passengers might be offloaded to lighten the ship so it can pass a particularly low stretch and then be allowed to reboard when the ship is clear.

Some lines, like CroisiEurope, have experimented with paddle-driven riverboats on the Elbe in order to reduce the ship’s draught even further. The Elbe Princesse, for example, is one of the few riverboats that can sail all the way into the outskirts of Berlin thanks to her low draught and paddle-driven propulsion.

Fog will usually only have a minor impact on river cruises. All riverboats are outfitted with radar and can "sail blind." A ship will have to reduce speed in thick fog, but most itineraries have a lot of wiggle room for late arrivals, and the day's tour should still run on schedule. Only in truly extreme cases will a river close, and then only for a few hours. The bigger issue will be if the fog prevents you from seeing the beauty of an especially scenic stretch of river or the view from a castle. The upside is that your river cruise ship will seem very, very cozy.

Fall and winter are traditionally the seasons for fog, but it can happen any time of year.

All river ships are certified to sail in certain levels of wind. Typically, riverboats in Europe are safe in up to Level 6 winds on the Beaufort Scale, or approximately 25-31 miles per hour (39-49 kilometres per hour). New ships, though, won't qualify for this certification until after a month on the water; initially they will be classified lower, often at Level 3. If a windstorm kicks up and wind levels exceed a ship's certification, it's effectively grounded -- forced to remain docked until the winds subside. In less extreme cases, wind can make it cold and unpleasant to lounge on the ship's sun deck, or if it's truly unsafe, the ship's crew will close the top deck and remove the furnishings. It's a minor annoyance -- unless it coincides with a day of scenic cruising you were eagerly anticipating.

High winds are most common near the Atlantic, such as the waterways of Belgium and the Netherlands, where winds blow off the ocean. The Rhone River can also experience strong winds in the summer. While extremely rare, when high winds strand a ship, river lines will usually bus travelers to the day's destinations, either as day trips from the ship or canceling the sailing portion and employing hotel stays for the remainder of the cruise. Because wind levels can change throughout the day, your captain and cruise director might be making last-minute decisions on where to move the ship or how to handle tours.

If Your Itinerary is Affected

The trouble with water levels is that they can change overnight. A river that offers great operational conditions one day can suddenly be swollen and impassable the next.

This creates a problem when it comes to how river cruise lines notify passengers of changes to a particular sailing. If changes need to be made, these typically only happen a few days in advance of the cruise, or while it is in progress. It’s a bit like taking a flight on an airplane: you really don’t know whether it’s on-time, delayed or cancelled until the moment you arrive at the airport.

Related: Flying to Your Cruise: How to Travel This Summer Amid the Chaos

Remaining flexible is the key to getting through an unexpected weather event on a river cruise. The vast majority of river cruises go off without a hitch, and river cruise lines are becoming more adept at finding solutions with each passing season.