You may also like
Dismiss
What to Do If Your Cruise Ship Leaves You Behind ... and How to Prepare So It Doesn't Happen to You
5 Hilarious Cruise Pier Runners
Baseball Cruises: How to Enjoy MLB at Sea
Expert Tips for Choosing the Best Shore Excursions
12 Bad Decisions That Could Ruin Your Cruise
9 Mistakes to Avoid When Booking Shore Excursions
23 Things Cruisers Love to Complain About
10 Things You Should Never Do on a Cruise Line Private Island
Best Gifts for Cruise-Lovers
7 Things to Know About the Cheapest Luxury Cruise Cabins 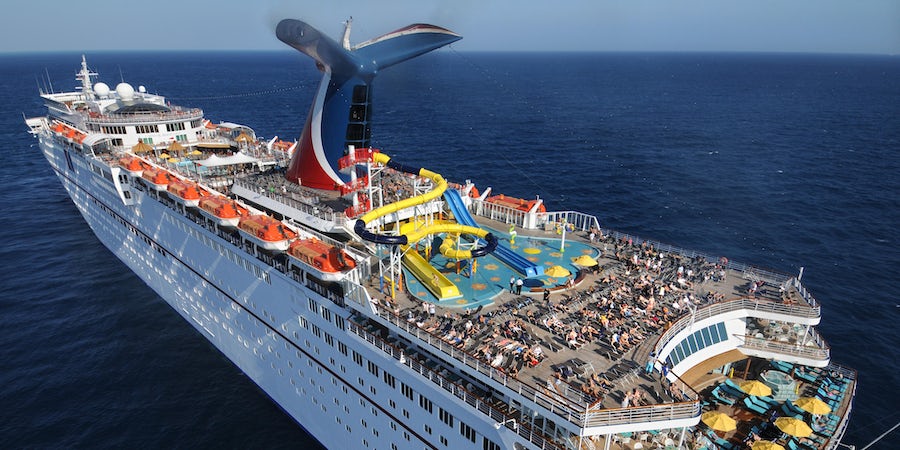 7 Cruise Mistakes You Need to Avoid

Surprisingly, there are a number of mistakes you can make while cruising that can lead to various repercussions, ranging from painful stomach aches to immigration issues. But these mistakes aren't exclusive to first-time cruisers. Even the savviest cruisers aren't exempt from making cruise ship mistakes, including Cruise Critic's seasoned editors and contributors.

The good news is that the biggest cruise mistakes make for the best learning opportunities (and are avoidable). Read on to discover our seven anecdotes of cruiser mistakes, have a laugh at our expense, and vow never to make the same mistakes we did.

When traveling internationally, I usually wait until landing at my destination's airport to get local currency. After all, ATMs are everywhere, and offer decent exchange rates. This strategy worked for me on several occasions, but it finally backfired when I traveled to Budapest for a Danube River cruise.

As (bad) luck would have it, every ATM in the airport was out of service. When my prearranged port transfer didn't show up, I had exactly zero Hungarian Forint to pay for alternate transport and the same amount of U.S. dollars to exchange. I then found a taxi with a credit card machine, but the driver couldn't find my ship.

Picture the scene: a penniless American and a non-English-speaking cab driver riding up and down the Danube, in a torrential downpour, as the clock ticked closer and closer to my ship's departure.

After somehow convincing the driver not to leave me on the side of the river (crying sure helped), we finally found the ship. In retrospect, I should have cried a bit more to coax a bank stopover, too. Our itinerary focused heavily on out-of-the-way coastal villages, so we were halfway through the cruise before I could access an ATM.

I was set to cruise on Hebridean Princess from Scotland right after getting off Queen Elizabeth 2 in Southampton. I booked a connecting flight to Glasgow that I already knew would be a tight squeeze in my itinerary. And, sure enough, I missed that plane.

A later flight was cost prohibitive, so the only option was to rent a stick-shift car and drive nearly the entire length of the U.K., a journey the rental company said would take six hours.

After a few hours of driving on the opposite side of the road, my girlfriend started nodding off. I took over, merging onto a highway with no previous experience with shifters, clutches and feathering. We miraculously arrived in 10 hours, and somehow, Hebridean Princess was still there.

Seasickness has always been my unwanted shipmate. Having previously taken medications with drowsiness as a side effect, I was hopeful during a trip to the Arctic when the maître d' of Silversea Cruises' Prince Albert II suggested I nibble on some crystallized ginger to quell my queasy stomach as it's a great natural seasickness remedy.

He pointed me to a large silver bowl of soft, sugary ginger in the dining room. I wound up scooping out a big handful of these ginger chews and went back to my cabin, where I proceeded to eat them all -- and ended up with a gut-wrenching stomachache for the rest of the night. Acupressure is now my go-to remedy to combat seasickness.

4. Getting Clocked by Ship's Time

In St. Thomas, I learned to tell time all over again. It was 4:50 p.m., which means it was rush hour, and I had just 40 minutes to cover four miles by safari bus (a mode of public transportation that is a pickup truck with benches in the bed) from the renowned lunch spot Duffy's Love Shack to the pier.

The jungle hills rolled by as we lurched and stopped for what seemed like forever, which led me to think one thing: I was going to miss the ship. With just five minutes to spare, my ship finally materialized. I quickly got out of the cab, jumped turnstiles, slalomed by palm trees, tore into prickers and sprinted past plenty of guffawing locals.

While gasping for air, I stumbled onto the ship just in time, but the clock read 4:35 p.m. instead of 5:35 p.m. As it turns out, not all cruise lines switch ship clocks to local times. On this particular Eastern Caribbean cruise on Carnival Victory, we didn't deviate from EST.

Keep this in mind on your next cruise and use guest services to your advantage as they can help you set your watch to the correct time.

While I was on a Carnival cruise, a fellow passenger boasted that he had eaten three burgers in one sitting at celebrity chef Guy Fieri's poolside burger joint. These burgers aren't like other typical burgers. Imagine three 1,000-plus-calorie burgers that are slathered in layers of fat (beef, Cheez Whiz, mayo, bacon and so forth). That's what he ate in one sitting.

I saw this as a challenge and insisted I could match if not beat his record. The first burger was truly delectable and satisfying. Then, the second was a bit uncomfortable, and the third had me thinking all three would reappear again very soon.

Very fortunately, they didn't, but I spent the rest of the day in my cabin, moaning about the worst stomachache I ever had.

6. Choosing and Booking the Wrong Tour

On my first cruise to Europe, I booked the ship's tours in five ports. Little did I realize that these sightseeing excursions were geared toward older travelers, not young, independent explorers like myself.

I spent hours on buses or ambling at a glacial place behind umbrella-waving guides. "Free time" was not long enough to check out each destination, but much longer than my limited interest in souvenir shopping.

Despite arriving back at our bus exactly on time, my friend and I were always the last ones aboard, with several grey-haired tourists giving us the evil eye as we wended our way to the back. From then on, I've always read tour descriptions carefully and am now very picky about every cruise ship tour I choose.

7. Visas: Don't Leave Without Yours

It's never a good sign when a purser makes you cry the first afternoon of your honeymoon cruise around the British Isles and Norway. But it wasn't his fault; I was the one who didn't research properly.

It turns out that my Romanian husband needed a transit visa to get off the cruise ship during port calls to Cork, Belfast and Glasgow. Worse than missing ports was the U.K. government threatening to expatriate him.

Though the threats lasted the entire two weeks of our cruise, the U.K. ultimately just slapped a warning into his passport, which simply meant avoiding flying through London for the six months until Romania got into the Euro Zone.

The main takeaway from my cruise mistake is this: be sure to closely check the cruise visa requirements for your specific cruise -- and do so far in advance.

Looking for ways to avoid cruise mistakes? Here are some of our top advice pieces, designed to keep you on the right track:

9 Tips for Staying Safe on a Shore Tour

Ultimate Guide to Packing for a Cruise

Travel Insurance: What Every Cruiser Should Know

And if you're looking for more ways to sidestep first time cruiser mistakes, don't forget to ask the collective brain of Cruise Critic's message boards for answers to all your pre-cruise questions.