You may also like
Dismiss
Princess Cruises History
P&O Cruises History
Cunard Line History
Cruising with Jane McDonald
The Most Exciting Ship Launches in 2020
New Luxury and Expedition Ships Coming in 2020
New Cruise Ships 2020
9 Reasons to Get Excited About P&O Cruises' Iona
Chocolate-Themed Cruises: Who Offers Them and Where Do They Go?
What Happens to Cruise Ships That Are Slated to Be Broken Up? 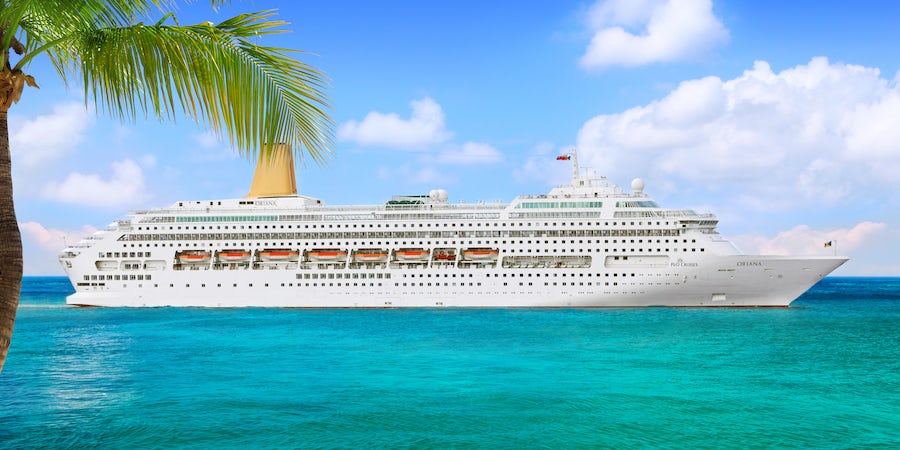 P&O Cruises, which celebrated its 175th anniversary in 2012, is not only the world's oldest cruise line in operation, it's also the U.K.'s biggest home-grown line. A cruise company with as storied a heritage as Cunard, its 175th Anniversary was marked by a Grand Event in Southampton on July 3, 2012, when all seven ships in the fleet met for the first time and there was a visit from HRH The Princess Royal.

P&O can trace its illustrious heritage back to 1837, with the formation of the Peninsular Steam Navigation Company (PSNC).

The PSNC, owned by Arthur Anderson and Brodie McGhie, was awarded the lucrative government contract to carry mail to Spain and Portugal and beyond.

Arguably its roots date back even further, when two years earlier Anderson ran a dummy advertisement in the first edition of his Shetland Journal publication for 'cruises' around the Shetland Isles to the Faroes and Iceland.

Related: Which Round-Britain Cruise is Right for Me?

The line's role has been vital to U.K. trade throughout history: Between 1840 and 1872 virtually all communication between the U.K. and India, China, Japan and Australia, was in the hands of P&O. The line also carried the first tea to Britain in a steamship (rather than the sailing tea clippers).

Join us on a trip throughout P&O's history:

1840 -- Name is changed to the Peninsular and Oriental Steam Navigation Company (P&O) when its Royal Mail contract is extended to the East.

1844 –- William Makepeace Thackeray (who wrote Vanity Fair) is given a free cruise to Egypt, which involves travel on a succession of P&O ships. Although his review is mixed, to say the least, it brings P&O welcome publicity.

1904 -- P&O buys the liner Rome and turns it into its first full-time cruise ship, Vectis, and offers its first cruise holiday programme –- a first class only cruise with shore excursions arranged by Thomas Cook.

1922 -- Orient Line resumes cruising post-World War I. Between the wars cruising becomes more popular, often using the newest ships in the fleet rather than the oldest.

1929 -- P&O launches Viceroy of India, its first turbo electric-powered ship and the first to have an indoor swimming pool.

Related: 5 Free Things to Do on Pacific Adventure

1930's -- Tourist class cruises begin in the early 1930s, followed by Pacific cruises and voyages to and from Australia.

1950's -- The journey half way around the world to Australia catches the imagination of the U.K. public. This popularity is assisted by the Australian government who encourages U.K. immigrants – a one way ticket costs £10 – the ‘ten pound Pom' is born. At £110 less than a tourist ticket, it's a great fare, but travellers have to stay at least 2 years. Through the mid 70's, more than 1 million Brits move down under.

1982 -- Canberra –- along with Cunard's QE2 and the Uganda from P&O Cruises educational cruise brand British India –- are requisitioned by the British Government for the Falklands War.

1988 -- Princess Cruises takes over Sitmar and P&O Cruises makes the provisional decision (confirmed with an order in 1991) to build a new cruise ship for cruise travel.

2005 -- A third brand new ship, Arcadia, joins P&O Cruises and a third Princess ship, Royal Princess, switches and starts operating as Artemis for P&O Cruises. Adonia, which had previously been switched from Princess, rejoins its former fleet as Sea Princess.

2011 -- P&O Cruises bids a fond farewell to Artemis in April and welcomes its newest (and smallest) addition, Adonia, in May.