You may also like
Dismiss
5 Best Summer Cruises
Summer Cruises vs. Winter Cruises
Pacific Hurricane Season Cruising: What You Need to Know
7 Reasons to Drop Everything and Cruise This Winter
Hurricane Irma: A Look Back At the Storm
Hurricane Maria: A Look Back at the Storm
What Is Shoulder Season?
After the Hurricanes: Recovery and Rebirth in the Caribbean
Best Month to Cruise to the Bahamas 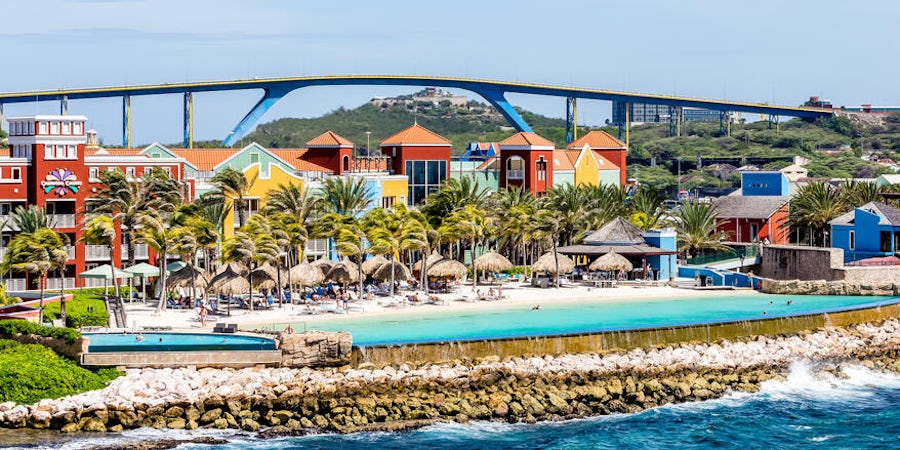 The Southern Caribbean harbors the lion's share of the region's islands. But, because many are smaller and less developed than more easily accessible northerly ones, they tend to be less traveled.

And that's a big plus for been-there, done-that cruisers eager to experience new ports of call. The region, which includes islands lying east and south of St. Maarten/St. Martin, has always been a bit more exotic than its Western and Eastern Caribbean counterparts. That's due, in part, to strong colonial influences that endure.

Indeed, Martinique, Guadeloupe and St. Barts are part of the Republic of France; Curacao, Aruba and Bonaire are part of the Netherlands; Dominica, Antigua and Barbuda retain a British colonial legacy; and farthest south, just off the coast of Venezuela, Trinidad and Tobago exude Latin flair.

These influences guarantee an interesting mix of natural beauty and culture.

St. Barts is so French, you'll swear you're in the Mediterranean while sipping a glass of something at a sidewalk cafe. Martinique and Guadalupe also harbor both French and West Indian trappings. Grenada, relatively undeveloped, is laidback and exudes a genuine small town vibe.

Opportunities to go (quite literally) off the beaten path abound on islands such as Dominica, where the countryside is so lush, the foliage is in and of itself, an attraction. In contrast, the ABC islands (Aruba, Bonaire and Curacao) are arid and sandy, but have their own stark beauty.

With its cultural diversity and geographic variation, the region is bound to appeal to all types of travelers.

December through April is peak season throughout the Caribbean. Summers are warmer, though there aren't huge seasonal temperature fluctuations.

If you're risk-averse, take note that hurricane season lasts from June through November. Some Southern Caribbean islands, including Aruba, Bonaire, Curacao, Barbados and Grenada, lie below the hurricane belt, but do, on occasion, get sideswiped.

Expect the best deals in late summer and early fall after the kids have gone back to school, but before winter kicks in and cold-weather denizens seeking sunshine fill the cabins.

Most of the major cruise lines offer Southern Caribbean itineraries. Among big-ship options:

Small-ship lines plying these waters include:

The region is also popular among U.K. travelers, with British-based cruise line P&O calling there.

Many of these islands are truly less traveled, so visitors can expect less hustle and less bustle, even in some popular haunts.

The islands in the region offer endless variety, but where you sail is likely to be determined primarily by the size of the vessel you're on. Large ships call at islands with enough tourism infrastructure to keep shore excursion throngs satisfied and amused. These include Antigua, Aruba and Curacao or Bonaire.

Smaller ships (and those more eco-oriented) tend to balance the voyage between "greatest hits" ports, and those you might have never heard of, like Bequia, St. Vincent, Mayreau Island, Iles des Saintes and Tobago Cays.

Because of the region's relative distance from North America, Southern Caribbean itineraries are typically at least seven days. Embarkation for shorter cruises tends to be from San Juan, Puerto Rico and Barbados.

Other typical embarkation ports include Ft. Lauderdale, Port Canaveral, Tampa and Miami; though you might find a few other U.S. embarkation ports such as Charleston, or Bayonne and Baltimore further up the east coast. Luxury lines and small ships often embark in St. Maarten or Barbados.

The islands of the Southern Caribbean can be part of longer Panama Canal voyages, as well.

Antigua: Vestiges of Antigua's importance as a British colonial naval base are on view at Nelson's Dockyard National Park in English Harbour. Billed as the world's only continuously working Georgian dockyard, its restored 18th- and 19th-century buildings now house shops, a five-star hotel, art galleries and other businesses. Trails lead to remnants of historic forts and sugar mills. After you've taken in the historic picture, climb to the 492-foot summit of Shirley Heights for a panoramic view that includes Guadeloupe's active Monserrat volcano.

Aruba: Beaches rule on Aruba, a Lesser Antilles island. Eagle Beach, with its soft, white sands and warm, crystalline water, draws rave reviews. A bonus for cruisers: It's only a couple of miles from the cruise ship dock. Plus, it's family-friendly. Or sign on with a tour operator to experience some of the Caribbean's best snorkeling and scuba diving.

Dominica: Though Dominica isn't known for its beaches, paradise awaits nature-lovers, thanks to the plethora of land-based natural attractions. Among them: Trafalgar Falls, twin falls with an upper "Father" cascade and a lower "Mother" waterfall. The 20-minute trail to the top is well-groomed and suitable for novice hikers. Less energetic sorts can stick to the lower falls, where natural pools -- one hot and one cold -- sooth and refresh. The falls lie in the massive Morne Trois Pitons National Park, site of many otherworldly sites, including the Boiling Lake.

(Editor's note: Evidence of damage from 2017's Hurricane Maria might still be visible, but the island is open to visitors and major tourist attractions are running.)

Grenada: With its white sands and calm waters, 2-mile-long Anse Beach (a short distance from the cruise ship terminal) draws sun-seekers visiting Grenada. The island's many waterfalls make for great hiking destinations. And the capital city of St. George's, built around a horseshoe-shaped bay with hills rising above, is a pretty place to explore on foot. Don't miss the markets, where heaps of nutmeg, cinnamon, mace and more, clearly illustrate why Grenada is called the Island of Spice. For a truly unusual water-based adventure, take a snorkeling trip to the Molinere Underwater Sculpture Park.

Martinique: A smoldering volcano, lush rainforests and pleasant beaches present possibilities for all kinds of adventure on the French West Indies isle of Martinique. Its capital, Fort-de-France, presents ample shopping opportunities for French luxury goods (perfume, scarves, crystal), as well as traditional island handicrafts. A spectacular drive north of the city leads to St-Pierre, built on the ruins of a small city wiped out in 1902 by a volcanic eruption. The small but interesting Musee Volcanologique chronicles the event. Hikers will want to take advantage of the island's extensive network of trails.

Consider taking a tour. Assume that locals hanging around tourist attractions offering assistance are doing so because they expect to be paid. Evaluate whether you need their services and determine in advance what they'll cost.

Don't forget to tip. Restaurants often add a 10 or 15 percent surcharge to the bill to be divided among the staff. If you're happy with the service, consider leaving an extra 10 percent on the table for the waiter.

Go shopping. On Dutch and French islands, look for good deals on imported goods from the Netherlands (Dutch cheeses, Delft ceramics) and mainland France (perfume and other luxury goods).

Ask for receipts. When you pay for a cab ride, ask for a receipt at the moment you hand over the cash. Some unscrupulous cab drivers might ask for cash in advance and later claim you haven't paid. If you have a receipt, it won't be your word against theirs.