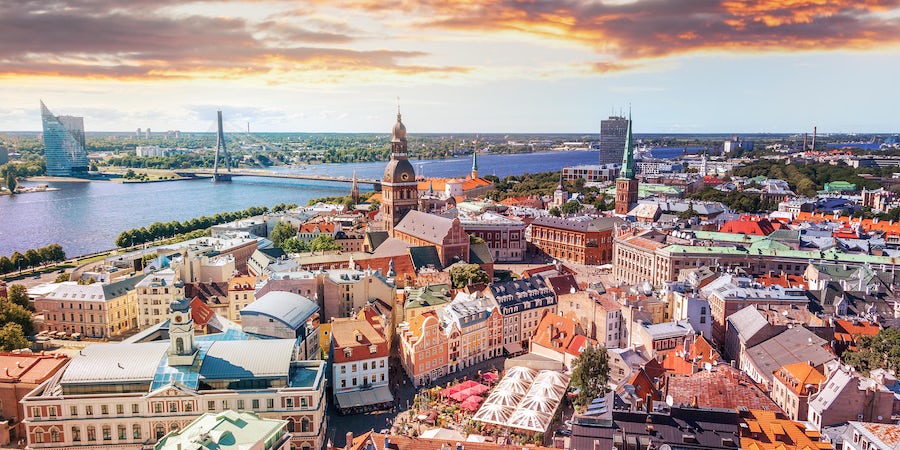 While still overshadowed by the popularity of Mediterranean sailings, cruises on the Baltic Sea through Northern Europe and Scandinavia have charms of their own. The region boasts a kaleidoscope of cultures, languages, artistic traditions and ancient histories -- and cruising is the ideal way to see it all at a reasonable price. (Sweden, Finland and Denmark are traditionally more expensive than other parts of Europe.)

St. Petersburg, Russia, is the marquee attraction for Baltic cruises. Most lines offer two full days (and one night) in the city; some stay for two nights (and offer 2.5 days in the port of call). St. Petersburg is not only a beautiful and intriguing city; it can be one of the trickiest in Europe to visit, not just because of the language barriers but also due to its visa restrictions. That's another reason why cruising this region of the world can make sense from a logistical standpoint.

Besides Russia and Scandinavia, your port stops on a Baltic cruise will expand awareness of this region beyond its well-known fjords and capitals. Estonia's Tallinn is a staple of itineraries now, and Latvia's Riga is enjoying increasing popularity. Other ports that are often included on a Baltic cruise are Poland's Gdansk and Germany's Warnemunde, which provides easy access to Berlin.

Note: Although some Baltic Sea cruises include Oslo, Norway, as a port of call, cruises to the Norwegian Fjords have become popular enough that we discuss them in a separate story. For information on other Northern Europe destinations, see our articles on Arctic cruising and river cruises in Russia.

The prime Baltic season was once pretty much limited to July and August, but voyages now begin in late April and run through September. Temperatures may be a bit more brisk at these times, but you'll avoid summer crowds, and cruise fares tend to be lower.

June is generally one of the best times to visit Russia, as St. Petersburg celebrates "White Nights," so called for the near-endless daylight. Summer temperatures, by the way, are generally a marked improvement over the sultry clime of the Mediterranean; expect 60s and 70s most days.

Related: Which Cruise Lines Offer Coke or Pepsi Products Onboard?

Luxury lines are a staple of the region, with Crystal, Silversea, Regent Seven Seas, Seabourn, Oceania, Viking Ocean, Windstar, and Azamara all running itineraries. Some of the big pluses, beyond the expected amenities, are expanded enrichment programs about ports of call there, smaller tour groups and occasional longer-than-usual stays in key cities (such as three full days in St. Petersburg).

For most Baltic cruises, Stockholm and Copenhagen are popular ports of embarkation and debarkation. More options exist, however, from Southampton, Rotterdam and Amsterdam. Expect all Baltic cruises to be port-intensive.

Short Cruises: Seven- and eight-night cruises are the exception rather than the norm with Baltic cruises. The majority are one-way between Stockholm and Copenhagen, with some exceptions, and ports of call are generally St. Petersburg, Helsinki and Tallinn. Some lines handle the abbreviated itineraries by only offering a one-day call in St. Petersburg; others have either limited ports of call or zero to one sea day.

Long Cruises: Nine- to 14-night voyages are the more common Baltic option. A typical Baltic cruise will stop in several of the following ports: Oslo, Copenhagen, Stockholm, Helsinki, Tallinn, Warnemunde (for Berlin) and St. Petersburg (either two or three days). Longer itineraries may add Riga, Gdansk, Hamburg or ports that are part of a Norwegian Fjords cruise, such as Stavanger, Norway.

Oslo, Norway: Home to the Nobel Peace Center, Oslo also has several can't-miss museums, including the Munch Museum, home to Edvard Munch's famous (and disturbing) masterpiece, "The Scream." The waterfront is a lively place with outdoor cafes, trendy shops, street musicians and other performers.

Stockholm, Sweden: Strikingly pretty, Sweden's capital is built on 14 islands, and sightseeing cruises are popular. There's a Nobel Museum, too, located within Gamla Stan, Stockholm's Old Town. You'll also find the Royal Palace there, along with small cafes frequented by locals and rare book dealers among the tourist shops.

Copenhagen, Denmark: A charming city of 17th- and 18th-century buildings, beautiful parks and gardens, Copenhagen features pretty promenades along canals and ancient winding streets made for walking and biking. During the longer days and warmer weather of summer, outdoor cafe-sitting and outings to the magical Tivoli Gardens are highlights. Don't miss The Little Mermaid, the sculpture dedicated to Hans Christian Andersen.

St. Petersburg, Russia: Although two days is not long enough to see everything in this city built by Peter the Great, intrepid passengers will usually be able to hit the Hermitage, one of the world's largest art collections; admire the 19th-century architecture on a tour of St. Petersburg's canals; take in a cultural performance; and visit one of the Versailles-style palaces in the surrounding countryside (Peterhof or Pushkin).

Helsinki, Finland: Historic Helsinki, founded in 1550 by Swedish King Gustavus Vasa, offers monuments like the Lutheran Cathedral, the onion-domed Uspenski Cathedral and the neo-classical buildings in and around Senate Square. Design-lovers won't want to miss the Design Museum or the avant-garde Museum of Contemporary Art.

In summer, Helsinki's waterfront is the liveliest place in Finland, whether you're soaking up the sun at a cafe, riding the ferry to the island housing the Suomenlinna Sea Fortress or taking a boat tour of surrounding waterways.

Tallinn, Estonia: Despite the tourist shops, Tallinn's remarkably restored Old Town still feels a part of the 1400s because of the cobblestone streets and medieval architecture that has remained largely unchanged for over 600 years. Walk the winding streets past ancient towers and the old city wall, and you'll feel like you're taking a step back into a medieval storybook. (The Old Town is a UNESCO World Heritage site.)

Riga, Latvia: Old Riga is also on the UNESCO World Heritage list for its varied architecture, which ranges from Gothic and Baroque to Classical and Art Nouveau. You can spend hours exploring the twisting cobblestone streets and alleyways, and viewing historic buildings that have, for the most part, been restored from bombings during World War II. (They include the converted Jacob's Barracks, now home to trendy shops and cafes.)

Watch out for currency changes. Currency can be an issue on a Baltic Sea cruise, as you could be dealing with the British pound, the Danish kroner, the Norwegian krone, the Swedish krona and the Russian ruble -- as well as the euro (used by Finland, Germany, Latvia and Estonia).

Related: Why You'll Love a Baltic Cruise in the Summer -- Even if Ships Never Sail to St. Petersburg Again

Certain tourist-focused businesses might take euros or dollars, but you will get change in the local currency, which is completely useless once you've left port. This is a good time to get a credit card with no international fees if you don't already have one.

Pace yourself. A Baltic cruise can be very port intensive. Pace yourself with a mix of days that are tour intensive and others that center more on strolling, shopping and hanging out in cafes.

Related: Why You'll Love a Baltic Cruise in the Summer -- Even if Ships Never Sail to St. Petersburg Again

Dress for success. Bring sensible shoes and thick socks for the many cobblestoned streets found in historic old towns. Bring layers for the weather, which can be highly varied even in the summer months.

Don't be scared of St. Petersburg. Don't let the cruise line frighten you about St. Petersburg. Russia's visa requirements and the Cyrillic language may be daunting at first, but visiting this gorgeous city is no more complicated or unsafe than travel to other major European ports. The city's historic center is easy to navigate, and private tours abound if you're looking for an option beyond the ship's tours. (Some require booking more than 30 days in advance, however.