You may also like
Dismiss
Coastal Cruise Tips
What Is Shoulder Season?
The Best Month to Cruise Hawaii
How to Prepare for a Snorkel and Dive Cruise
15 Things You'll Regret Not Doing on a Cruise
11 Best Whale Watching Cruise Shore Excursions
The World's Best Beaches to Visit on a Cruise
8 Exhilarating Shore Excursions
The Pros and Cons of a Port-Intensive Cruise
23 Things Cruisers Love to Complain About 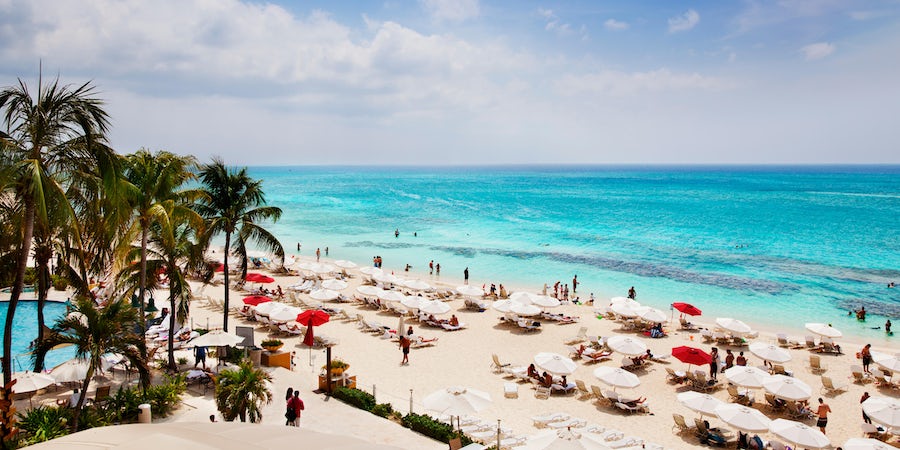 Best Time to Go on a Cruise

It's one of the most common cruising questions: What is the best time to go on a cruise? There is no one right answer, and lots of factors come into play, from where you want to cruise to how much money you want to spend on your cruise.

Most regions have three seasons. High season is when you'll find the most cruise options, highest prices, most crowded ships and best weather. The shoulder season coincides with moderate demand and relatively nice weather, and fares will be lower. Low season is the cheapest season -- and least busy -- but may mean sacrifices in what you can see and possible cancellations due to weather.

The best time to go on a cruise varies widely around the world. That's why we've broken down when you should cruise everywhere from the Caribbean and Mexico to New England and Alaska. Read on to find out what the best time to cruise is for you.

Summer into early fall is the best time to cruise Hawaii especially June and July. June through September is also the cheapest time to go to Hawaii on a cruise and coincides with some of the nicest weather in Hawaii.

Weather in Hawaii in June and July is some of the driest of the year, so you'll be able to explore the many beautiful ports and cool shore excursions on offer, like a helicopter cruise over the Na Pali Coast in Kauai or visiting Hawai'i Volcanoes National Park. You will, however, be sailing with lots of families and children.

If you're considering a summer or early fall Hawaii cruise, note that seas can be rough in August.Wondering if September is a good time to go to Hawaii? Well, while the islands aren't generally hit by hurricanes, they come closest in September and weather patterns can bring hot, humid weather to the islands despite technically being dry season. They can also kick up storms that lead to rough seas and less-than-ideal excursion conditions.

Prefer a less kid-packed cruise? Check out Hawaii cruises in May, when the weather is relatively dry as well.

You can sail to the Caribbean year-round, but the best time to cruise the Caribbean is when it's coldest in the Northern Hemisphere. Not only is the warm Caribbean climate a welcome respite from bad weather, but December through April are the driest months in the islands as well.

Those months coincide with peak season in the Caribbean, though, so crowded ports and beaches plus higher cruise fares are the norm. However, the vast number of cruise lines plying the Caribbean Sea mean you can find a massive spread of cruises for almost every budget. You can often land deals if you travel during the early weeks of December and in the later spring, when weather is still mostly calm and dry.

The cheapest time for Caribbean cruises runs from late summer into fall, when hurricane season is at its peak. If this is the only chance you have to cruise, keep in mind that itineraries can change or be canceled depending on the weather.

If you dislike large numbers of children, avoid sailing late June through August or during school break times (late December, early January and March through mid-April).

Read More: The Best Months to Cruise the Caribbean

The best time to cruise Australia is from late November to March, when late spring crests into Australia's summer months. Major ports of call like Sydney, Adelaide and Perth will be quite warm and sunny, while Cairns in the northeast -- the gateway to the Great Barrier Reef -- will be steamy and hot.

However, November through March in Australia is also typhoon season, which may affect some ports of call (particularly in the northeast) and lead to some rough waters. Aussies generally vacation between late December and January, so expect big crowds and jammed ports during that time.

While Australia's weather varies, winter temperatures between June and early September are rarely as extreme in North America. If you're after a cheap Australia cruise, this is the time to go. Crowds are fewer, and there are bargains to be had, especially on larger ships and Great Barrier Reef cruises that are available year-round.

The downside to Australian winter cruises? Expedition cruises and sailings to Tasmania are often limited during the rainier months of June, July and August

Check It Out: Australia Cruise Tips

If you're after that sweet spot of cheaper fares and perfect weather, the best time to go to Mexico is from November through January. Skies during this period are mostly clear, temperatures are warm and crowds are smaller (with the exception of Christmas and New Years). That's true if you're after bright and warm Riviera Maya weather or optimal conditions in the Mexican Riviera on the Pacific Coast as well.

From February onward, the number of visitors swells, as U.S., European and Canadian residents flee the cold. In March and April, spring break revelers descend on destinations like the Riviera Maya, Cabo San Lucas and Ensenada. If you love a party vibe, go for it. But if your version of fun is a little more mature, opt for the November through January time frame.

You're likely to find discounted rates for cruises from June through November, but keep in mind that both Mexican coasts are affected by hurricanes throughout hurricane season. May can be a decent time to go to Mexico as well. Cruise fares can be cheaper, though weather in the Riviera Maya and Cozumel will be oppressively humid. While it will still be dry in the Mexican Riviera, weather in Cabo and other Pacific Coast destinations will be incredibly hot.

Check It Out: Is It Safe to Travel to Mexico?

Bermuda cruises sail from April through mid-November, mostly during Bermuda's beach season. Most people travel during the summer months (June through August), making those voyages pricier, but you'll find deals on spring and fall departures (April through early June and September through November, respectively).

The Bermuda hurricane season lasts from June through November, as it does for the Caribbean and U.S. East Coast. But the island is generally far less likely to be struck than either of those regions, and a strike is most common between late August and October. October also tends to be the rainiest month in Bermuda.

May in Bermuda is your best bet for shoulder season travel if you're after discounts and the highest likelihood for sunny skies and warm temperatures. Even so, you can expect temperate weather year-round, and far less humidity than islands farther south. If it's too chilly for the beach in the shoulder season, you can always try out the island's many golf courses and spas.

Alaska has a short cruise season that lasts from late April through October. June through August is Alaska's high season, when weather is warmest and summer vacation season is in full swing. However, crowds and high fares are the norm at this time of year and rain is likely, especially in August.

If you're after peak wildlife viewing in Alaska, though, high season is the best time to cruise the state. Bears, whales, salmon and caribou are far more abundant June through August than at other times of year. There are also numerous festivals in the port towns during the summer. You'll want to book well in advance for an Alaska cruise between June and August, as itineraries tend to sell out quickly.

May and September can also be great times to cruise Alaska if you'd like to save a little money. Whale watching is good in both months, as gray and humpback whales migrate to and from the state. Other wildlife will also start to emerge from their winter slumbers in May or be in the middle of mating season in September.

If you're choosing between May and September, note that May is the driest month of the Alaska cruise season, so you're less likely to be rained out of your flightseeing tour, glacier walk or other shore excursions.

Related: The Best Time to Cruise Alaska: A Month-by-Month Guide

Hear us out: The best time to go to Canada and New England on a cruise is September through mid-October. Will it be warm? Not really. But fall foliage will be blazing across the region, and temperatures are crisp. Late autumn rains and snow are also still far away.

The entire Canada and New England cruise season lasts from May through October. If you're after warmer weather, book a cruise for late June through early September. That makes exploring the cities in the region on foot more pleasant.

May and late-October Canada and New England cruises are the cheapest times to cruise, but don't expect to be using the onboard swimming pool much. You may also be contending with rainshowers.

Tourists flock to Europe in the summer, but the best time for a European cruise is in the late spring and early fall. Temperatures are more pleasant and the crowds of tourists tend to much smaller than the peak summer months. You'll also find the lowest Europe cruise prices during these two shoulder seasons, which run from April through early June and September into October. Fares for European cruises rise dramatically over the summer months.

Baltic and Northern European cruises have a shorter season, running from April to October. Keep in mind that April and October can still be quite chilly in Scandinavian and Baltic Sea ports. Lines like Viking and Hurtigruten offer Northern Lights sailings to the region's northern reaches from January through March.

Peak season for Western Mediterranean cruises runs from April through November, with stops generally in Spain, France, Italy and Malta. The Canary Islands and the warmer Eastern Mediterranean (Croatia, the Balkan countries, Greece and Turkey) welcome cruises between April and December, with a sprinkling of winter cruises from select lines.

Peak season for European river cruises lasts from May through September. And if you're after the best of those European summer vibe, it's a hard time of year to top. Cafes are packed, streets bustle with life and days are long and warm.

There are some caveats, though. Most cities and towns along any of Europe's rivers will be crowded. In some cases, heat waves and low rainfall can cause European rivers to be too low for ships to sail. If that's the case, most lines will opt for motor coach tours. Additionally, depending on where you're sailing, July and August may mean some local cafes and restaurants are closed for summer holidays.

If you're seeking a slightly cheaper river cruise in Europe, spring can mean flowers in glorious bloom and milder temperatures. Tulip-viewing itineraries in the Netherlands and Belgium are especially popular. Keep in mind that heavy rains and early-spring flooding can make the rivers swell and the locks impassable.

Many river lines also offer Christmas market cruises in November and December to Germany, Austria and Eastern Europe. These tend to sell out quickly.