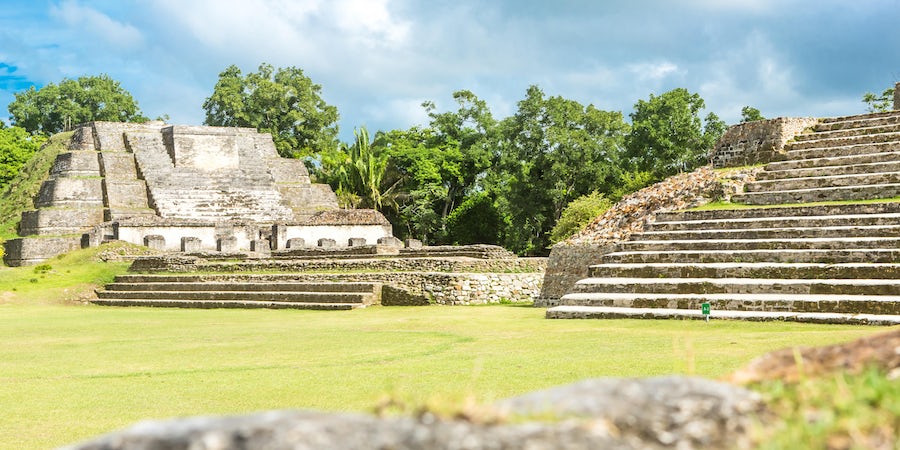 New cruisers might argue that the entire Western Caribbean feels exotic -- and longtime travelers might suggest that no cruise port in such a touristed area of the world could possibly be dubbed mysterious or intriguing. Regardless of where you stand on that debate, the truth is when the cruise industry talks about the exotic part of the Western Caribbean, it means the eastern coast of Central American countries Belize, Nicaragua, Honduras, Guatemala and Costa Rica -- set in contrast to the standard Western Caribbean destinations of Jamaica, Grand Cayman and eastern Mexico.

Though the countries of Central America share many attributes, there are differences, and those differences can be handy to know when it comes to planning your cruise. For snorkelers, Belize tops the list; divers will also want to include port calls there, but Roatan and the other Bay Islands of Honduras are world-class dive sites as well. Belize, Honduras and Guatemala are ground zero for the ruins of Classic Mayan civilization, most notably Guatemala's Tikal and Honduras's Copan, though Tikal is also offered by some ships as a shore excursion from Belize City. Farther south, Nicaragua and Costa Rica are meccas for ecotourists seeking close encounters with rainforests, volcanoes, white water rivers and wildlife (monkeys and parrots and crocodiles -- oh my!)

Read on to find out when to book a cruise to the ports of the Exotic Western, which lines you can take to get there, and where to go and what to know when you dock.

Winter is the best time to visit this part of the Western Caribbean. Though there are ships sailing the region year-round, summer is the least favorable time to sail. Summer and early fall are within hurricane season, and when hurricanes do hit the eastern edge of Central America they tend to be major storms, having spent multiple days strengthening over the open, warm waters of the Western Caribbean or Gulf of Mexico. Summer is also the rainy season -- not only in the Caribbean, but anywhere in the tropics.

And then there's the heat: Though Panama is uniformly, brutally hot and steamy throughout the year, the farther north you go in Central America, the more seasonal differences are perceptible. Since much of the draw of Central America is its ecotourism, soft adventure and exploration of Mayan architectural sites, choosing the deepest part of winter to travel will make your hiking, paddling or climbing more tolerable.

The list of which lines sail the Exotic Western Caribbean includes just about everyone catering to the U.S. market, from the economical (Carnival) to the extravagant (Regent and Silversea) -- and everyone in between, including Viking Ocean Cruises.

Norwegian Cruise Line pioneered the seven-night Exotic Western Caribbean itinerary with the inception of its "Texaribbean" sailings out of Houston/Galveston in 1997; decades later, the line continues to visit this particular portion of the Caribbean on itineraries from five different ports: Miami, Orlando, Tampa, New Orleans and New York. Royal Caribbean and Princess Cruises also sail cruises to the ports of the Exotic Western Caribbean that range from five nights to a week or more.

Lines that visit Caribbean Central America in conjunction with other ports include Celebrity Cruises with its 11-night Ultimate Caribbean cruises and Holland America, which calls at Exotic Western ports including a number of off-the-beaten-path ports in Mexico, on Panama Canal sailings.

Most of the Western Caribbean's exotic ports -- including the Banana Coast (Trujillo, Honduras) -- can be reached on cruises departing from virtually every homeport in North America -- even beyond the usual Gulf cities. They also make up a large portion of Panama Canal itineraries. The only determining factor is the length of the cruise, which dictates the maximum distance reachable from the homeport, as well as the number of port calls possible at the far western end of the itinerary.

Seven-night sailings: Weeklong sailings to the Exotic Western Caribbean might call on Roatan, Belize City, Costa Maya or Cozumel as well as Harvest Caye, a private island in Belize. These sailings -- offered by lines like Carnival and Royal Caribbean -- typically depart from Florida ports like Miami, Fort Lauderdale or Tampa, or Gulf Coast ports like Galveston.

Other 10- to 14-night cruises: A combination of ports in Mexico, Jamaica (or similar Caribbean destination, like Grand Cayman) and Central America can be combined to create a loop from an embarkation port like Miami. This type of cruise usually takes anywhere from 10 to 14 days, and is offered by lines like MSC or Celebrity.

Long cruises: If you have the time to cruise more than two weeks, there are sailings that span roughly 15 to 21 days, and call on six to seven ports throughout the Exotic Western Caribbean with a second half dedicated to the Southern Caribbean. Regent Seven Seas offers a sailing like this from Miami, while Holland America offers one from Tampa. 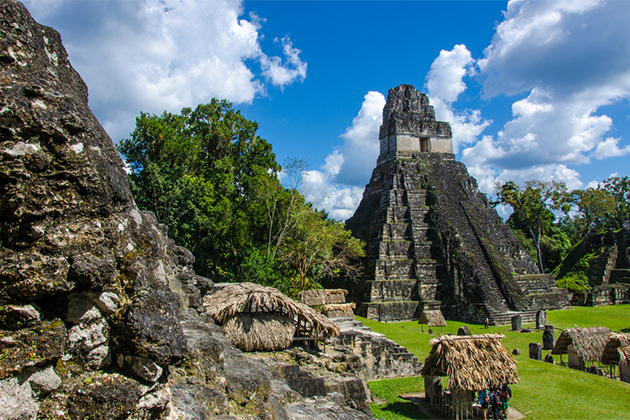 Belize City, Belize. Belize has numerous sites for snorkeling, and most ships offer snorkeling as a supervised shore excursion, along with scuba diving for certified divers. But there is plenty for the non-snorkeler/non-diver in Belize: cave tubing (riding inner tubes on a river crossing underneath a range of hills through a series of caves) is offered by most if not all lines calling here, as are zipline canopy tours. Central America was the seat of Classic Mayan civilization, and there are plenty of ruins to visit including Xunantunich; Cahal Pech; Altun Ha; and Tikal, in Guatemala, considered one of the top two sites in the world. Holland America offers Tikal (reachable by air) as a Belize City shore excursion. It's pricy, but if you crave seeing the best the Mayans created, this is the trip for you.

Roatan, Honduras. Roatan is one of Honduras' Bay Islands (Islas de la Bahia). The Bay Islands are an above-water adjunct to the barrier reef that is their key tourism draw; most people come here for the snorkeling and diving. You can also find shore excursions exploring the forest canopy (including what has become the ubiquitous zipline experience), kayaking, visiting Gumbalimba Park, or just kicking back on Tabyana Beach (bring your strongest bug repellent!).

Santo Tomas de Castilla, Guatemala. There are three areas of interest for cruisers going ashore in Guatemala: eco/adventure tourism, ancient Mayan ruins of the Classic Era, and tropical agriculture and modern Guatemalan history. (In Guatemala, as in much of Central America, modern history and agriculture are irrevocably bound together.) Some cruise lines might offer an excursion by air to the magnificent Mayan site of Copan in Honduras, known as "the Paris of the Mayan World." For those wishing to see ruins on a smaller scale that are more easily reachable and at a more affordable price, a shore excursion to Quirigua National Park, which is devoted solely to the Mayan archaeological site there, lasts about 4.5 hours and costs significantly less. For those looking to spot birds and exotic plants, there is kayaking or motoring on various rivers, like the Rio Dulce.

Puerto Limon, Costa Rica. Arguably, no nation in the Western Hemisphere is more synonymous with ecotourism than Costa Rica. Its mountainous terrain creates rushing streams and rivers, and cruisers can participate in self-guided kayaking tours or canoe trips through lakes and estuaries paddled by experts. Costa Rica has three ranges of volcanic mountains with several active volcanoes, and excursions to visit Arenal Volcano are extremely popular. Rainforest tours include hiking at ground level or across suspension bridges in the canopy; you can also take an aerial tram tour near the capital, San Jose. 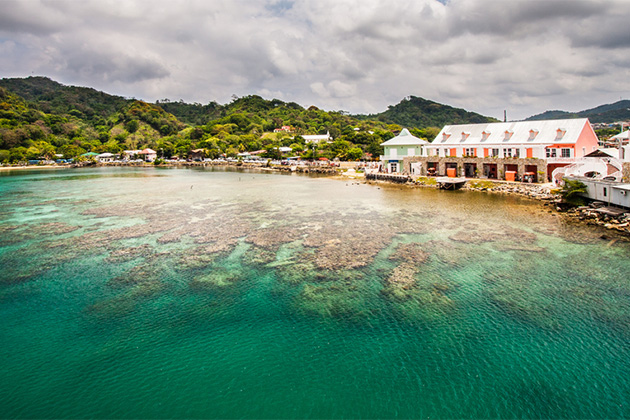 Book a tour for the best access to attractions. Some ports let you breezily step off your cruise ship and offer easy access to the main sights. However, this isn't the case for most ports in the Exotic Western Caribbean. On these itineraries, it's generally much simpler -- and safer -- to book tours of ruins or snorkeling sites on an organized shore excursion rather than trying to navigate your own way.

Stay alert when traveling independently. This is especially true for Belize, and even more so for Honduras and Guatemala, which have high crime rates and "level 3" travel warnings from the U.S. State Department. Use common sense and you should be fine: don't carry valuables or wear flashy jewelry and only take official taxis and transportation. Cruise ports are in main tourist areas, so if you are concerned, don't venture too far unless you're on a guided tour.