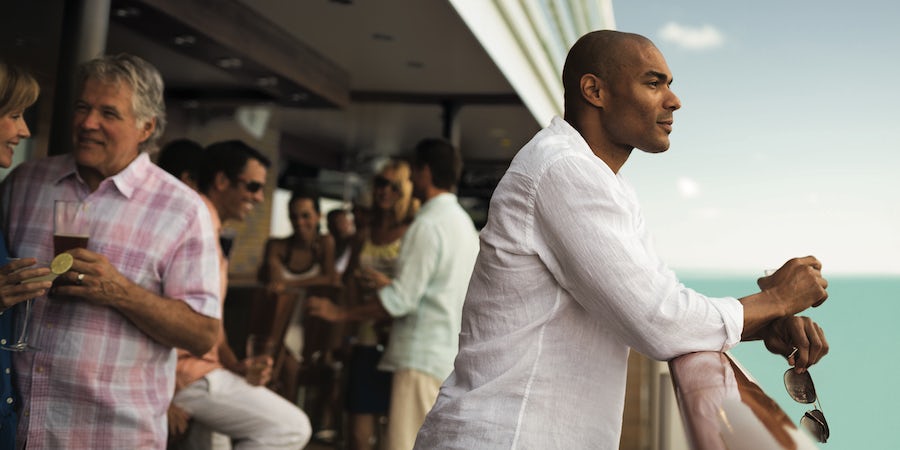 10 Things Every Solo Cruiser Should Know

If you've ever sailed solo, you may already know the perks and pitfalls of traveling unescorted. If you haven't, don't rule out the concept just yet. Lots of people go it alone, and it's not as solitary as you might suspect. Sure, single supplements -- extra fees paid by one person who plans to stay in a cabin built for two -- can be a drawback, but some ships, like Norwegian Cruise Line's Norwegian Epic and P&O Cruises' Azura, come equipped with solo lounges and special cabins for one.

I recently found myself alone on a sailing, and despite my initial trepidation, I had a wonderful time and discovered lots of pros and cons of sailing solo. Along the way, I laughed, I cried (not really), and then I made a list of the top 10 things I learned.

Related: Which Alaska 2021 Cruise Ship Is Right For You?

Prepare for lots of confusion when you tell fellow passengers that you're onboard without a companion. Although most will be polite, they'll still look at you like you're a one-eyed jackalope that's just sprouted wings. Some will even ask you why you're alone, when what they really want to say is "I'm so sorry you're a social leper." Ignore them. While they're arguing with their posse about where they want to go or what they want to do, you won't have to answer to anyone.

Check the daily program. On the first couple of days, some lines offer events specifically for those traveling alone. Sometimes they're great; sometimes they stink. Either way, you have nothing to lose by attending. I first checked out a "singles mingle" in one of the lounges, but it seemed dead. The next day, I went to a solo travelers lunch in the main dining room, and I made a couple of friends with whom I'm still in touch -- plus I had people with whom to eat, grab drinks and explore ports.

One thing that kept me from hyperventilating at the thought of being sans friends onboard was dinner. I figured I'd at least have someone to shoot the bull with during my evening meals. Wrong. I dined alone at a four-top on the first four nights and had to deal with inquisitive looks and pitiful glances. "You're alone?" my waiter asked me the first night, looking slightly confused. I endured the same question from the headwaiter before asking him to check to see if anyone else was supposed to be at my table. He informed me that I was to be dining with a fellow solo traveler who decided not to show. Later in the week, a pair of new friends joined me for the sailing's last two nights, thus saving me from further embarrassment.

4. It's wonderful to have a cabin to yourself.

I left my makeup and various hair products out on the vanity, I took up the entire couch with my mountain o' clothes, and I walked around in my underwear. (O.K., that last part's not true, but I could've done it if I'd felt so compelled.) From deciding what to watch on TV to determining a wakeup time for the following morning, I called the shots.

Related: How To Spark Joy on Your Next Cruise: KonMari Your Cabin

5. You can totally fly under the radar if that's your goal.

It's easy to assume that those who sail by themselves are looking to meet others, but that's not always true. Some get onboard to escape others. If that's your intention, it's possible -- if not likely -- that you'll go unnoticed. There are usually tons of places to hide, including libraries, Internet cafes and off-the-beaten-path lounges. Passengers are also able to request anytime dining (eat in the dining room whenever and with whomever you want) and tables for one on most lines, which will save you from having to force conversation with people you don't know.

One common mistake people make is confusing singles cruising with solo cruising. Those onboard all by their lonesome aren't necessarily looking for love. Some people just enjoy traveling alone and meeting new people. Some may have significant others who weren't able to make the trip. These people are "solos." On the flip side, you can be a "single" cruiser even if you're on the voyage with a group. You can also be a single solo -- or a solo single. (O.K., now I'm just confusing myself.) Any way you look at it, people choose to cruise alone for a variety of reasons. One woman I met onboard had just broken up with her boyfriend the night before and chose to take the trip anyway. (Kudos to her!) Another fellow passenger said he simply woke up one morning and decided to book a trip, but none of his friends could afford to join him.

7. Onboard clubs are solo meccas.

If you want to find the after-hours party, follow the thumping music. I stupidly refused to look at a map, so one hour and two excessively sore feet later, I stumbled into the top-of-ship lounge, which had been converted to a dance club. There were tons of people and great music, and I discovered it was a nice place to sit and have a drink and chat with complete strangers. I even danced with a delightful 70-something gentleman named Maurice ("pronounced 'Morris,'" he told me) who, despite his age, put me to shame with his moves.

If you're overnighting in a port while cruising by yourself and you plan to use the local club scene to meet others, keep in mind that a lot of crewmembers will have the same idea. So, unless you want to bump and grind with your dining room waiter (which, by the way, is strictly prohibited and could cost him/her a job), head out in port with a group, or stick to the discos onboard.

9. It pays to put yourself out there.

Embarrassment is a great icebreaker. I'm not saying you should go streaking across the pool deck, but entering the belly-flop contest won't hurt your chances of being recognized by fellow passengers throughout your sailing -- especially if you make a big enough splash. Do something you've never done before, particularly if you're shy. Sing karaoke. Join a dance class. Try a surf simulator. Volunteer onstage. Remember: Nobody onboard knows you, and you likely won't see any of your shipmates again (unless you'd like to), so cut loose and have fun.

I may work for Cruise Critic, but I'll be the first to admit that I never used the

until I was scheduled to embark on a voyage by myself. I'm a bit shy, so I was worried that my sailing would be oh-so-awkward until a fellow editor suggested checking in with others who would be onboard. On embarkation day, I met some lovely folks in one of the lounges during a meet-up we had planned on the boards. I didn't spend much time with them throughout the cruise, but I did run into them a couple of times in various locations, and I found it nice to see faces I recognized.