You may also like
Dismiss
Hurricane Harvey: A Look Back at the Storm
Coastal Cruise Tips
Busiest Cruise Ports: How to Avoid the Crowds
8 Reasons to Cruise on a Refurbished Ship
Princess Cruises' Shark Week
Taster Cruises: What They Are and Where to Take Them
Where You Can Cruise to Onboard Princess' Newest Cruise Ship, Sky Princess
The 10 Most Popular Episodes of “Cruising with Jane McDonald”
What Is the Economic Impact of the Cruise Industry in the United States?
Virtual Cruise Trip Report: Onboard a Cruise Critic Member's "Fake, Made Up and Completely Impossible" Cruise Itinerary 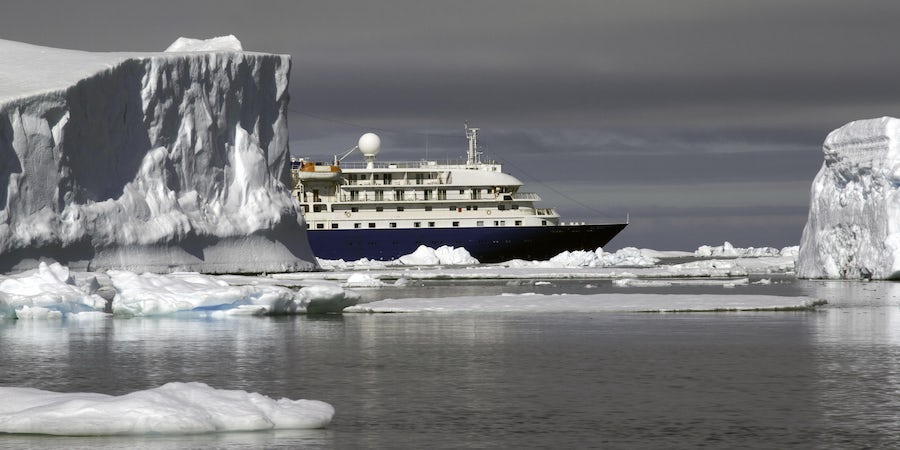 The World's Roughest Waters for Cruising

Oh, those fickle seas! Although it's atypical to sail on a cruise ship through the roughest waters and worst weather, you might be surprised to learn that ships regularly traverse some roiling seas.

Many cruise lines -- including Carnival, Royal Caribbean and Norwegian -- have multiple ships sailing to the Caribbean out of Florida and the Gulf States throughout hurricane season (though the vessels will make itinerary changes to shy away from the biggest storms). Almost all Antarctica cruises have to traverse the infamously choppy Drake Passage, and Alaska cruises must emerge from the sheltered Inside Passage into the rougher waters of the Gulf of Alaska or the Pacific to reach their homeports. Cunard also does its transatlantic cruises throughout the winter, sometimes attracting passengers who specifically want to sail on rougher seas.

If you're prone to seasickness or just want to be prepared for high seas and rolling waves, we've compiled a list of some of the bodies of water known for their chop.

Rough Waters: Oceans are nearly always choppier than seas because they're less protected from sheltering land masses. If you've booked a transatlantic cruise (especially in the cooler months) or a transpacific cruise (including those to Hawaii), you may encounter some bumps. The North Atlantic by northern Canada has its fair share of high seas, as well.

Related: Best Time to Go on a Cruise

Rough Waters: Cruise travelers might experience rough seas in several places in Europe. The biggest offender is the Mediterranean, which tends to be roughest in the fall and winter, due to winds and storms. However, avid cruisers have experienced rough seas in the spring and summer, so be prepared for anything. The Bay of Biscay, off the west coast of France and north of Spain, and the North Sea can also be rough, but are calmer in the summertime.

Rough Waters: When one body of water runs into another, waves tend to be higher and rougher. Although the Caribbean is generally known for smooth sailing, it can get choppy in areas where it meets up with the Atlantic Ocean. In addition, tropical depressions, storms and hurricanes that crop up during hurricane season (June 1 to November 30) can also stir up the usually calm Caribbean waters and make for a rocky trip -- even if your ship is changing course to avoid the brunt of the storm.

Rough Waters: The majority of sailing on an Alaska cruise is done in the protected waters of the Inside Passage, but ships sailing to Seward, Whittier or Anchorage must cross the Gulf of Alaska, which is much rougher. Cruise staffers say the gulf gets especially bad after Labor Day, in the shoulder season.

Rough Waters: While cruises to Bermuda and the Bahamas from the East Coast are usually smooth, squalls can arise on the Atlantic Ocean, particularly during hurricane season. The bigger your ship, the less you'll feel the waves. Because cruises that sail to Canada hug the New England shoreline, the ocean isn't as tempestuous unless there's a Nor'easter in the forecast.

Rough Waters: One of the most notorious places for rock-and-roll cruising is the Drake Passage, the body of water between Cape Horn -- the southernmost tip of South America -- and the South Shetland Islands in Antarctica. Although you can get lucky and find smooth seas, most cruise travelers experience rough waters traversing this region. Take your favorite seasickness remedies and look at it as part of the experience.

Rough Waters: The typhoon season in the northwest Pacific Ocean is mainly from July to November with a peak in late August/early September -- although storms can occur year-round. Encounter a storm in the South China Sea or other Asian waters, and you could find an unpleasant ride, not to mention some skipped ports.

Rough Waters: If you're cruising Down Under, you'll find some rough patches in the Bass Strait (between the Australian mainland and Tasmania) and the Tasman Sea (between Australia and New Zealand).

Rough Waters: Not many cruise lines sail to Africa, but if your itinerary includes South African destinations, watch out! The waters around the Cape of Good Hope, especially where the Atlantic meets the Indian Ocean, can be pretty choppy.