You may also like
Dismiss
Can You Cruise for $100 a Day?
Which Cruise Should You Take to Cuba?
The Best Month to Cruise Hawaii
Sail Here, Not There: Avoiding Overtourism in Cruise Ports
Jazz Cruise: Dave Koz and Friends at Sea
Where You Can Cruise to Onboard Princess' Newest Cruise Ship, Sky Princess
The Most Exciting Ship Launches in 2020
New Cruise Itineraries From Every Australian State
New Cruise Ships 2020
Chocolate-Themed Cruises: Who Offers Them and Where Do They Go? 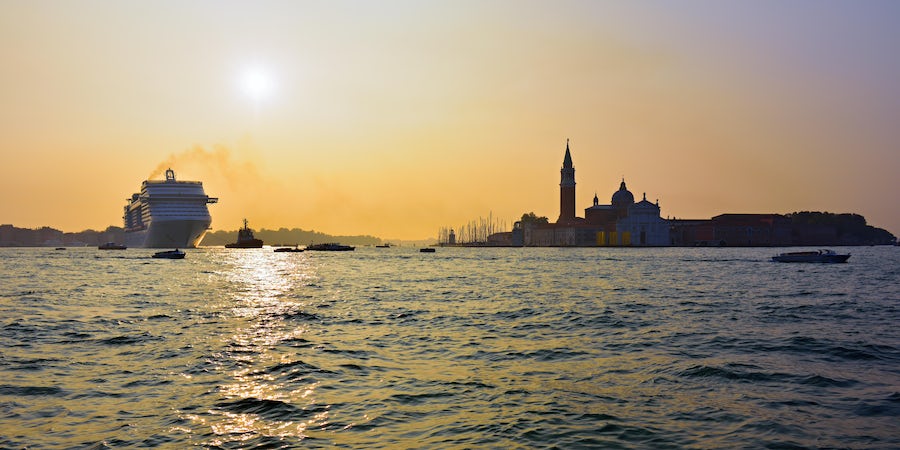 For cruisers, fall and spring mean more than just transitioning wardrobes. These seasons are the prime times of year for repositioning cruises.

Though some ships spend the entire year in the same region, many relocate a few times a year -- depending on the season -- from Europe to the Caribbean, or Asia or Australia to Alaska, for example. Cruise lines sell these one-way routes (usually at a discount), rather than sail the ships without passengers. These voyages, known as repositioning cruises, are sometimes enhanced with enrichment options, such as guest lecturers.

Editor's Note: Remember that these are just a few of the many repositioning cruises available. Contact your favorite cruise line or travel agent for more options.

This wide-sweeping sailing with Princess Cruises explores the coast of South America and two Caribbean islands as the ship sails north from Argentina to the U.S. Eleven sea days will allow you to take full advantage of the ship's many offerings, while an overnight call in Rio permits a more comprehensive experience of this bustling Brazilian beachfront city.

Onboard Coral Princess, you'll find plenty to do, like watching Movies Under the Stars or rejuvenating at the adults-only, spa-inspired The Sanctuary retreat.

On this Seven Seas Navigator repositioning voyage, cruisers are granted a rare Pacific island-hopping itinerary reaching from Tahiti all the way southeast to far-flung Easter Island, before disembarking in Peru. Start off with a full week of French Polynesian exploration, with stops spent on six islands, including an overnight stay in Papeete and a late-night call in Raiatea -- primed for partaking in evening dining and nightlife ashore.

Then it's on to remote Easter Island, where an overnight stay in Hanga Roa allows for two days of contemplation of the great mysteries of this history-rich isle. The voyage concludes with an overnight stay in Lima, for some cosmopolitan flavor ahead of disembarkation. Bonus: Regent Seven Seas' fares for this sailing include up to 39 free shore excursions to help you make the most of it.

Nine sea days afford ample time to relax on the all-suite Seven Seas Navigator, Regent's most intimate ship with a capacity for just 490 passengers. It exudes subdued luxury, with a doting crew, fine dining and an open bar, and plenty of spaces for simple R&R, including a library, Canyon Ranch spa and spacious suites -- most of which come trimmed with private balconies.****

The Trip: 10-night Hawaii cruise from Honolulu to Vancouver, departs April 10, 2020, and visits Maui, Kauai, and Hilo and Kona on the Big Island

Come along for part of the ride as Carnival Spirit makes its way from serving the Australian market (out of Sydney and Melbourne) for the winter season to its Vancouver base for a summer season of sailing Alaska. You'll get to explore five ports in four Hawaiian Islands -- for which you only have to unpack once -- before settling in for a spate of sea days.

Rhapsody of the Seas

This transatlantic sailing from Florida to the Mediterranean includes a stop in Bermuda and the Azores, along with a large number of sea days as the ship sails the Atlantic to three spots in southern Spain.

Rhapsody of the Seas is a great place to be if you're spending more than a week crossing the ocean. At-sea activities include outdoor movies, dance classes, cooking demonstrations, rock climbing, game shows and wine tasting.

Holland America's spring crossing on Westerdam stitches together an itinerary between Japan and Canada's British Columbia as the ship repositions from Asia for its Alaska summer cruising season. You'll get to explore four Japanese ports, as well as two destinations in Alaska, before the sailing winds down in Vancouver.

While a considerable portion of the cruise is spent at sea (seven days precisely), one of those offers guided scenic cruising through Alaska's Inside Passage. That leaves plenty of time to explore Westerdam, which comes outfitted with three live music venues (B.B. King's Blues Club, Lincoln Center Stage and Billboard Onboard), The Retreat area with private cabanas and a Rijksmuseum at Sea, featuring reproductions of some of the famed Amsterdam museum's masterpieces.

MSC puts an interesting spin on the oftentimes uninventive transatlantic repositioning sailing, with several stops in Europe and Canada factored in along the way. The sailing kicks off in Copenhagen and makes two stops in the U.K., before setting off to Iceland where it overnights in Reykjavik. Cruisers then arrive in Nova Scotia for visits to Halifax and Sydney, before winding down with an overnight call in NYC before disembarkation.

The end of September marks the end of the Alaska cruise season, and this repositioning itinerary is perfect for passengers seeking a good balance of scenic cruising, wine harvest-timed visits to California wine country and city stops, too. The trip factors in plenty of scenic cruising off the Canadian coast, visits two Alaskan ports, stops at popular California wine destinations and visits San Francisco and L.A. for good measure.

Spend several days of scenic cruising and in-transit sailing to enjoy the swank Seabourn Sojourn, known for its stand-out service and features like The Grill by Thomas Keller and Seabourn Square, a popular living room-like public space.

As Rotterdam repositions from a summer season of Northern European sailings for a fall stint in the Mediterranean, it offers an itinerary jam-packed with European exploration. The ship makes its way from its namesake city in the Netherlands, taking in three stops in France, four in Spain and two in Portugal, before overnighting in Barcelona as the voyage's grand finale.

Onboard Rotterdam, while away time spent in transit enjoying cooking demos/classes in Port to Table, programming presented in partnership with BBC Earth or perusing the ship's multimillion dollar collection of art and antiques.

For something truly exotic, consider this intriguing itinerary as Celebrity Constellation repositions from its sailing season in Europe to the Middle East. You'll transit the storied Suez Canal, after stopping in Kusadasi (gateway to Ephesus), the Greek island of Rhodes, as well as Cyprus. Then it's on to the Middle East, where a call in Oman is followed by an overnight stay in Dubai to conclude the sailing.

There are eight sea days in total (though two involve the Suez Canal transit), primed for onboard R&R and entertainment. Celebrity Constellation will undergo a revamp in May 2020, featuring enhanced shipwide design and technology, including a revamped spa and stateroom upgrades like luxury mattresses and new bathrooms.

This Barcelona to San Juan voyage on Norwegian Cruise Line incorporates a good mix of Atlantic and Caribbean isles, along with two stops in southern Spain. After sailing to Malaga and Cadiz in Spain, you'll hit up two Atlantic isles at Madeira and the Canary Islands, before crossing over to the Caribbean, where you'll visit the British Virgin Islands before disembarking in San Juan, Puerto Rico.

There are seven sea days, too, allotting ample time to take in the Norwegian Epic's many diversions, including highlights like two Broadway shows, more than 20 different dining options, a Beatles-inspired pub and a water park.