You may also like
Dismiss
What Happens If There Is a Cruise Price Drop After Booking?
20 Photos of Our Members' Favorite Cruise Travel Memories
Here's Why You Don't Know What Post-COVID-19 Cruising Looks Like Yet
10 Royal Caribbean Zoom Backgrounds for Your Next Video Call
Why Germ-Zapping Robots and AI Technology Could Be the Future For Cruise Ships
Will I Have to 'Social Distance' on My Next Cruise?
Virtual Cabin Crawl: Symphony of the Seas Cruise Ship
What Happens to Cruise Ships That Are Slated to Be Broken Up?
Step By Step: How to Submit Comments on Cruise to the CDC
Virtual Cruise Trip Report: Onboard a Cruise Critic Member's "Fake, Made Up and Completely Impossible" Cruise Itinerary 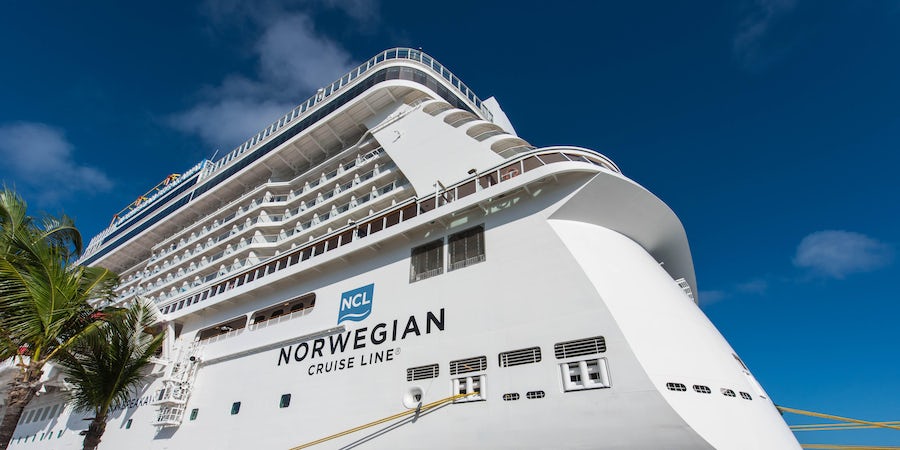 On January 2, 2011, NCL president and CEO Kevin Sheehan traded business casual for various crew duds on an episode of "Undercover Boss," the hit CBS show that gives top execs an incognito look at the inner-workings of their companies. The show was filmed on the line's Pride of America and Norwegian Epic.

For the inside scoop on the insider experience, Cruise Critic chatted with Sheehan prior to the show's airing about the physical demands of waiting tables onboard, leading a dance party when you can't dance, and gaining a new sense of appreciation for the 16,000 crewmembers that really run the show.

Cruise Critic: What ruse was used to make people believe you were "Joe Crewmember"

Kevin Sheehan: I had grown a beard, darkened it a little bit, and put on a hat and some sunglasses. I used my brother's name. Then we had two different schemes. The official one was that I was taping a reality show where this other guy and I were competing for a job. We also told curious passengers that we were making a training film -- they got bored with all the cameras after that.

CC: Did anyone recognize you?

KS: The disguise really made me look very different -- to everyone on the planet, that is, except for this one lady who immediately recognized me. She screamed "Sir Kevin Sheehan" as we were walking into the Manhattan Room a restaurant on Epic. After that, we improved the disguise by darkening the beard, getting a bigger pair of glasses.

Editor's Note: Sheehan tells us he has not yet been knighted.

CC: What jobs did they have you do?

KS: I was an assistant waiter in the Manhattan Room, a deck swabber, part of the entertainment staff for the White Hot party, a safety guy at the rappelling wall, and I helped set up the pseudo ice-skating rink.

CC: What was the hardest part about the crew jobs?

KS: I had no idea about the physicality of the jobs. Setting up the ice-skating thing was probably the worst though. It was brutal. But every time I did any activity, my back was broken. It was a typical guy thing, "I'm an athlete" -- but I forgot that I'm 57. I'd go do the job until I was ready to collapse. And with each of the jobs, if given a choice, they would not have hired me.

During the White Hot Party, I felt like a real clod. I practiced my activity leading a group dance for hours. The ironic thing is that when we went upstairs to do it, we did it once for the guests, and the guests got it after one time! And I had spent hours practicing and I still can't do it.

CC: What was the most embarrassing job?

KS: With each one, there was a little embarrassment. One funny thing that happened in the Manhattan Room involved delivering the wrong pies. So you have to go from the restaurant down an escalator into the galley, which is literally the size of a football field, then pick up the food, then race back to the table. It took literally 20 minutes to get two key lime pies. So I run down and bring the two pies all the way up, and the head waiter looks at me and says, "That's cheesecake." Of course she went and got the right pies herself -- she didn't trust me to do it the second time.

CC: Did you have any run-ins with the passengers, pleasant or otherwise?

KS: I think that I was pretty friendly to everybody, always walking around with a smile and trying to be helpful. During the dining room situation, the people were very nice, but I could feel some cross eyes. They must have been thinking, "What the heck is this guy doing at our table?!"

I actually got an e-mail yesterday from a guest. Part of one of my tasks was to walk around asking people if they needed any help, where they're from, etc. I was talking to a guy in the cafe from Jackson Heights. That's where I grew up. So the guy e-mails me and says he saw the show's promo shots and he started screaming that it was the guy from Queens, and his wife started screaming that it was the ship they were on.

CC: Were there any crewmembers you met that you thought, wow, this person needs a promotion?

KS: When I got on the ship, I was literally blown away by each of the people I worked with . . . and you'll find out when you watch the show that what you asked may be relevant.

CC: What was the most surprising thing you noticed?

KS: That each person has their own story. It's not really 16,000 crew, it's 16,000 unique people with unique stories. Each of them had been through certain situations -- one was a tragedy, one was living through 9/11 -- and once you took the time to chat, they opened up, and I really got the inside perspective. I was especially blown away by one but you'll have to wait for the show to see who.

CC: Was there anything that you immediately changed or will change based on this experience?

KS: There was one massive thing that I experienced that changed that night -- forever. I was so emotionally upset about it. Our crew works so, so hard -- it's hard enough to get through the daily tasks that bring value to the guest experience -- and to overwhelm them with this one more thing made me sick. I was also able to be a Monday morning quarterback in a couple of other instances.

CC: Will you be returning to swab the decks or work in the Manhattan Room?

KS: It's interesting because we talked with our leadership team about whether it makes sense for us to do that to gain a better perspective. [Compared with Carnival and Royal Caribbean, the current executive team at NCL] are the rookies of the industry, and we've been spending a lot of time on ships. The new CFO has been down in the bowels looking at the azipods!

CC: Are you going to watch yourself on TV this Sunday?

KS: Mom is here for Christmas, and I'm hoping she'll stay and we'll watch it together as a family.